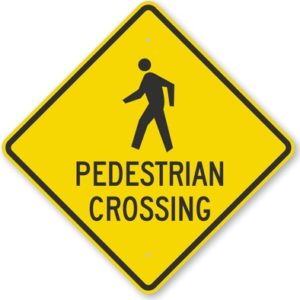 As the pedestrian fatalities and injuries continue to reach staggering rates every year, vehicle manufacturers are unveiling new model cars equipped with features that warn the driver of an impending collision with a pedestrian or attempt to reduce the severity of sustained injuries. According to a 2013 report released by the National Highway Traffic Administration (NHTSA) concerning pedestrian accidents across the U.S., there were 4,735 pedestrians that died as a result of being struck by a vehicle and an estimated 66,000 whom suffered injuries. To narrow it down to our great state of Louisiana, the Governor’s Highway Safety Association (GHSA) cited in a 2014 report that the number of pedestrians whom died in 2013 due to a pedestrian traffic accident is estimated to be 97.  These innovative pedestrian detection systems aim to reduce pedestrian accidents by alerting drivers that are otherwise distracted or impeded by reduced visibility due to nighttime driving.

There are a wide-range of audible and visual features which are being offered in modern vehicles or tested for future release by various vehicle manufacturers, like Audi, BMW, Chevrolet, Ford, Toyota, and Nissan. These systems can detect a pedestrian and use the vehicle’s systems to notify the driver of an imminent collision, such as honking the horn, flashing dashboard lights, vibrating the driver’s seat, and even stopping the vehicle. In the event that a pedestrian accident occurs, some manufacturers are considering installing lighter material bumpers and exterior airbags that inflate to cover the windshield to avoid a devastating head injury to the pedestrian.

While these features are quite impressive, many vehicle owners cannot afford to purchase the higher end models that have these pedestrian detection systems. Thousands of pedestrians each year are at risk of being struck by an inattentive driver who is multitasking instead of focusing on driving. At Waitz & Downer in Houma, LA, we firmly believe in a pedestrian’s rights to seek justice and compensation from an at-fault driver and the driver’s insurance company for medical and rehabilitation expenses, pain and suffering, and disability. In personal injury cases, time is of the essence — contact our team of extensively trained personal injury attorneys today by calling 985-876-0870 to schedule your free case evaluation.

Can You Get A DUI On A Boat?