Can You Get A DUI On A Boat? 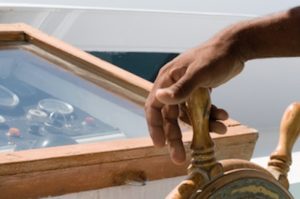 You know that you can get a DUI when driving an automobile and motorcycle, but what about a boat? The short answer is yes. A boat is considered a vehicle, and while you may not be on land, this does not mean you can drink the night away and operate the boat safely.

If you or a loved one have been injured in an accident on a boat, calling an experienced boating accident attorney in Houma, LA today at (985) 876-0870

Boating under the influence is enforced in most states.

A BUI is described as an impairment due to alcohol or drugs that occurs when operating a vessel in a body of water. The charges will often occur when a person has a blood alcohol level of 0.8 – .10 (each state has its own BAC limitation for a BUI).

According to the Coast Guard, operating a boat while impaired is even more dangerous than driving an automobile while impaired. In fact, boat operators are put under the same scrutiny as drivers and may be:

You need to operate your boat while being of sound mind.

Operating a boat while being impaired has dire consequences that vary from case to case. What consequences exist?

If you happen to collide with another boat, you may be liable for the injuries sustained by all passengers of the other boat as well as passengers on your own boat. Operating any vehicle, including a boat, while being impaired is classified as a negligent act that you will be held liable for as a result.

Drinking or using drugs while operating a boat is never recommended.

Personal injury claims can also be pursued by anyone injured due to the negligence of the boat operator. If you have been injured on a boat due to a boat operator being under the influence, it’s time to have an boating accident attorney in Houma LA to view your case. Call Waitz and Downer today at (985) 876-0870!

Conditions that May Qualify You for SSD

We use cookies on our website to give you the most relevant experience by remembering your preferences and repeat visits. By clicking “Accept”, you consent to the use of ALL the cookies.
Do not sell my personal information.
Cookie settingsACCEPT
Manage consent

This website uses cookies to improve your experience while you navigate through the website. Out of these, the cookies that are categorized as necessary are stored on your browser as they are essential for the working of basic functionalities of the website. We also use third-party cookies that help us analyze and understand how you use this website. These cookies will be stored in your browser only with your consent. You also have the option to opt-out of these cookies. But opting out of some of these cookies may affect your browsing experience.
Necessary Always Enabled
Necessary cookies are absolutely essential for the website to function properly. This category only includes cookies that ensures basic functionalities and security features of the website. These cookies do not store any personal information.
Non-necessary
Any cookies that may not be particularly necessary for the website to function and is used specifically to collect user personal data via analytics, ads, other embedded contents are termed as non-necessary cookies. It is mandatory to procure user consent prior to running these cookies on your website.
SAVE & ACCEPT